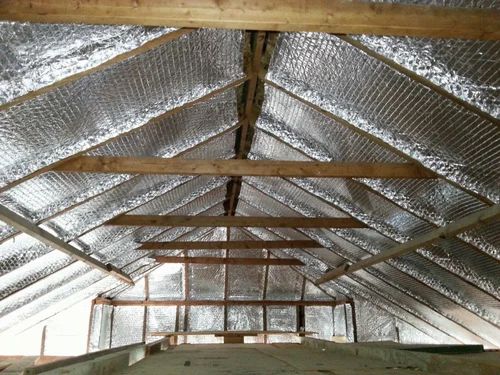 So before knowing the best way to install a radiant barrier one needs to establish the place where they live(in hot climate, cold climate, humid climate, etc.), if there's ductwork in the attic and their primary goal – if they want the heat trapped in or kept outside.

The first question is putting ductwork in the attic. The best method to installing a radiant barrier in such situations would be to use the staple method. It's going to reduce the heat flow into the insulation and it's going to put the ductwork in a less hostile environment. It's actually a double benefit. It's also very easy to install so you can do it manually on your own. The query that arises with this is won't the attic get hot? Won't the temperature inside the attic remain hot. So, you shouldn't really pay much attention to the attic temperature so much so compared to the insulation temperature.